People hold candles during a vigil in Ansan, Gyeonggi Province. Students, parents, teachers, and others from the community gathered at a park near Danwon High School to pray for the missing and mourn the dead from the Sewol ferry sinking. The ship sank on April 16, 2014, off the southwest coast of Korea, carrying more than 400 passengers, most of them Danwon High School students on a school trip to Jeju Island. 174 people were saved, and rescuers have been searching for other survivors for days, but hundreds of people are still listed as missing. The sinking is being called South Korea's worst maritime disaster in decades. 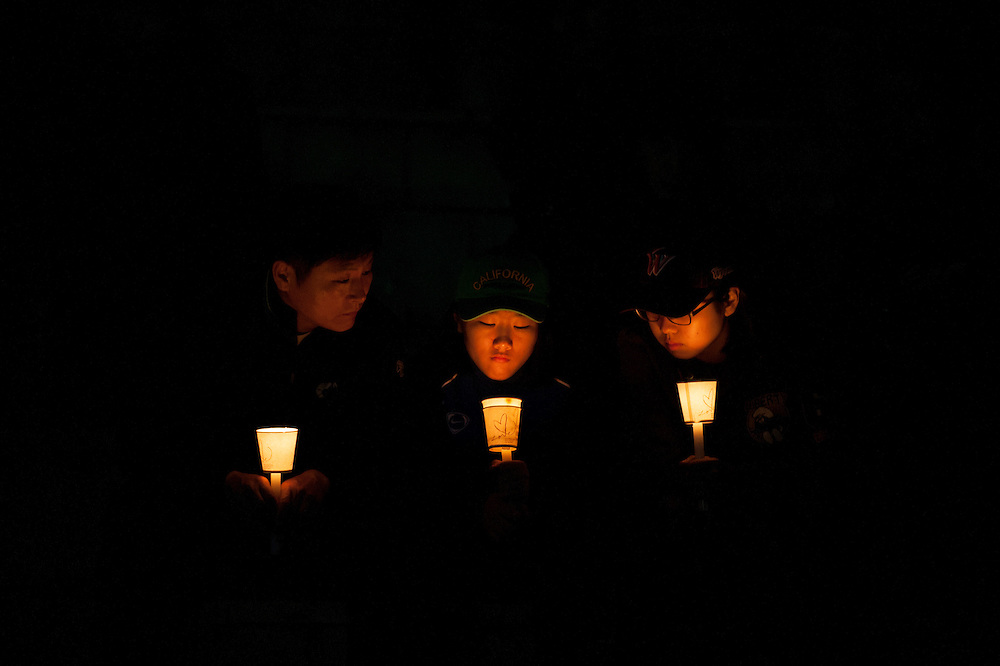