The festival begins with men walking from the shrine to the sea, and standing in the ocean wearing only loincloths as part of a purification ritual.

The celebration culminates with the burning of torches built from bamboo and pampas grass. The burning of the torches allows the locals to divine the year’s weather and harvest. 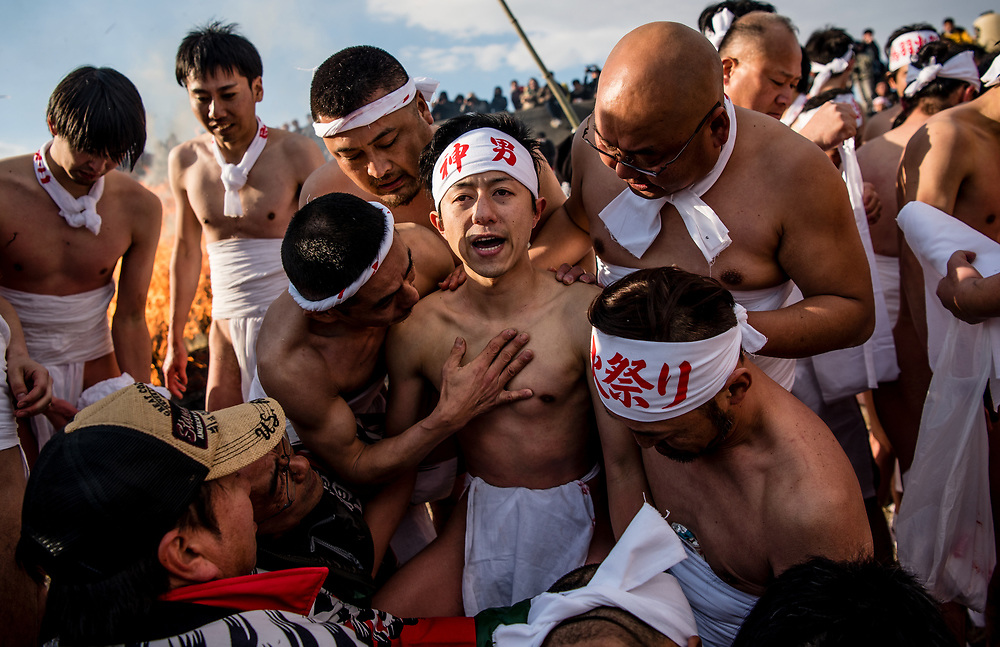